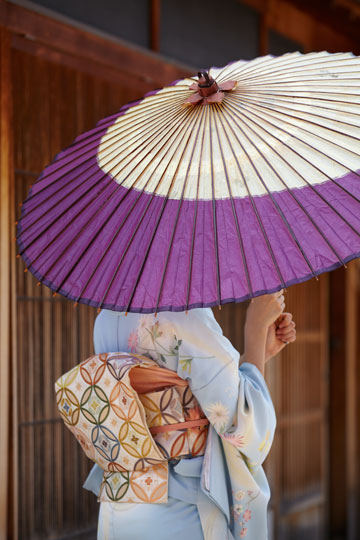 Both sides of Kanazawa’s traditional chaya-machi streets are lined with elegant old wooden townhouses. The geometric patterns on the lattice windows and the calligraphy on the noren curtains over the entrances catch the eye, but from the street you cannot see what’s going on inside.
Being a place of social interaction between customers and geisha, the typical teahouse does not accept ichigen-san (off-the-street customers): you need an invitation. Entering one of the quiet back alleys, however, you may hear someone practicing the shamisen. Stand still, soak up the sounds, and slip back two or three centuries to the Edo period.
The seasonal dishes served in the exclusive restaurants known as ryotei are lovingly arranged on gorgeous Kanazawa lacquerware decorated with gold makie designs. The delicate aesthetic that is alive in this town is obvious. Kanazawa, like Kyoto, is the perfect embodiment of miyabi—a distinctively Japanese sense of elegance and refinement. 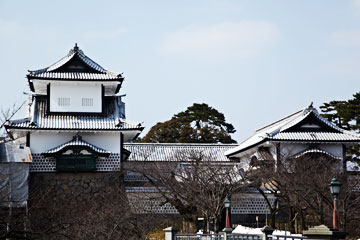 The city of Kanazawa grew up during the Edo period (1603–1867) around Kanazawa Castle, home since 1583 to the Maeda family, which ruled the Kaga domain (now Ishikawa prefecture) for fourteen generations. The Maeda were related by marriage to the Tokugawa shogunate and occupied a privileged position in the feudal hierarchy of the day. Their rule extended over the provinces of Noto, Kaga, and Etchu, a territory that came to be known as “Kaga of a Million Koku” (a figure indicating great wealth, 1 koku being the equivalent of 180 liters of rice). The castle was lost to fire in 1881, but was later reconstructed in part and today forms Kanazawa Castle Park.

It is thanks to Kanazawa’s relationship with the Maeda that the city is known today as an arts and crafts mecca. The third Maeda daimyo, Toshitsune, was an active promoter of the applied arts and set up a workshop, the Osaikusho, inside the castle. He invited master craftsmen from Kyoto and Edo to train his own artisans in lacquerware, metalwork, and other skills, thus establishing a culture of craftsmanship in Kanazawa. 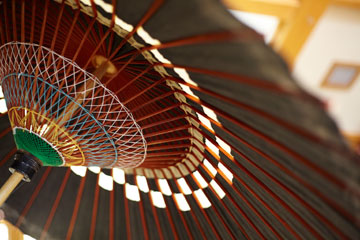 The fifth Maeda daimyo, Tsunanori, was a collector of craftworks who assembled a compendium of various products and techniques called the Hyakko hisho. Tsunanori’s erudition was legendary, as was his zeal for collecting and collating works of art and crafts. It was in this environment that the artisans employed by the domain honed their skills. Their work began to permeate not only the lifestyle of the ruling family but also those of their retainers and of the townsfolk. Noh and the tea ceremony were also actively patronized in Kanazawa, further contributing to the fruition of Kaga culture.

Crafts are alive and well in every part of Japan, but Kanazawa stands in a class by itself as the “City of Crafts.” In 1995 Kanazawa issued an International City of Crafts Declaration and in June 2009 became part of the UNESCO Creative Cities Network. The city has launched a number of initiatives ranging from the Kanazawa Craftwork Business Creation Agency, which provides marketing and publicity support, to “lifestyle” craft projects proposed by local artists and interactive tourism programs. 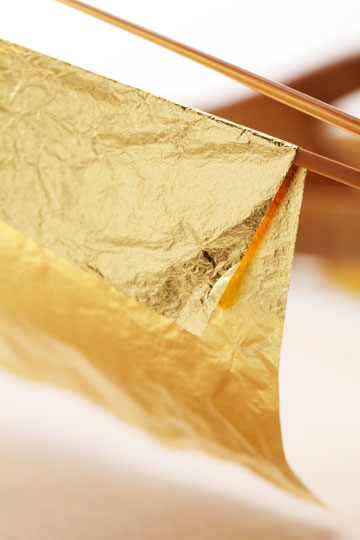 The Utatsuyama Craft Workshop, a training center for young artisans, operates to a high standard, while local museums such as the 21st Century Museum of Contemporary Art, Kanazawa, which recently shed a spotlight on crafts today with its 2012 exhibition “Art Crafting towards the Future,” also help sustain the city’s reputation. This collective dedication to maintaining the traditions nurtured for so many centuries by the Maeda family is what Kanazawa is all about. Thanks to such support, the city continues to be a rewarding and stimulating place for young, aspiring craftspeople of all stripes.
Finding young people to pick up the reins from an aging generation of traditional artisans is a problem shared by locales throughout Japan. As modern life moves further and further from its arts and crafts roots, there are more than a few traditions that will not survive. Cities that once abounded with thriving artisanal industries have lost their passion for crafts, and much of the aesthetic legacy passed down by previous generations has been lost. The question is constantly raised: How can traditional crafts maintain a place in contemporary lifestyles?
The artisans introduced here—Shinya Yamamura and Takashi Sadaike (lacquerware), Yuichi Takemata and Hiroshi Kise (metalwork), Yuriko Hirose (mizuhiki), Yuichi Yanai (ceramics), and Shieri Hoki (glassware)—are noteworthy for the grace and originality they bring to their efforts to answer that question. The objects they create boast exquisite forms, colors, and textures not found in off-the-shelf products. These are works that will enrich and enliven any home, linking the owner with the object’s creator and ushering a breath of gentility and serenity into one’s life. 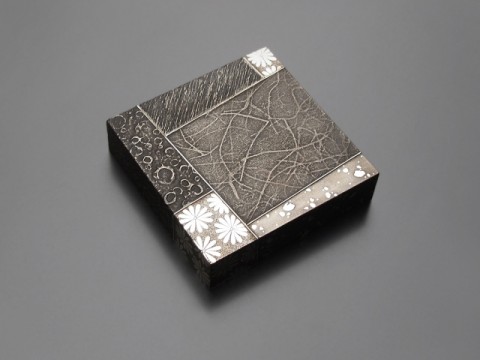 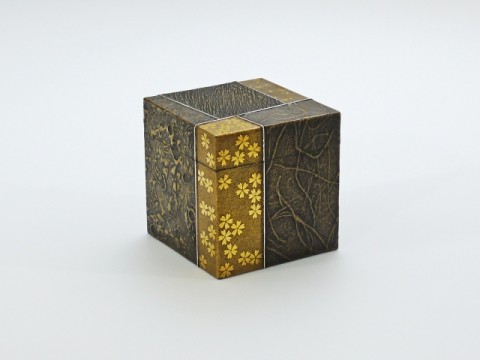 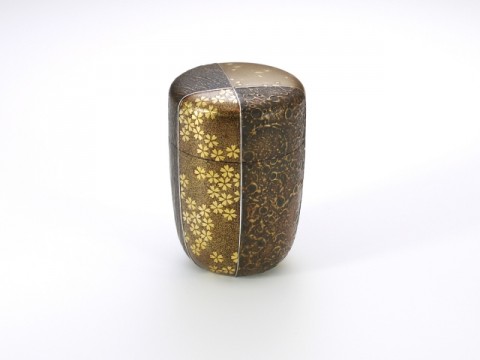 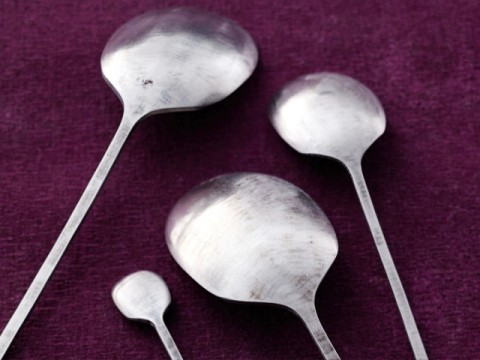 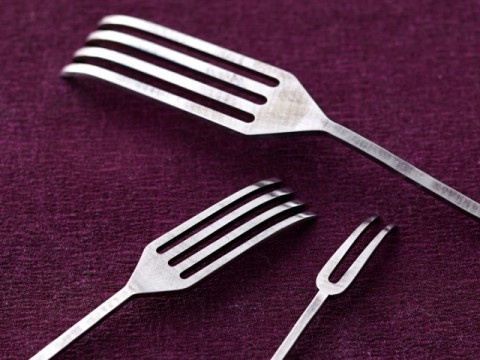 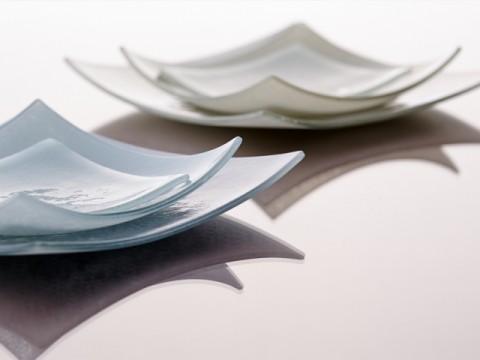 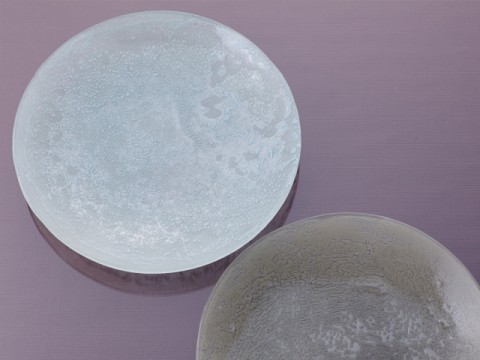 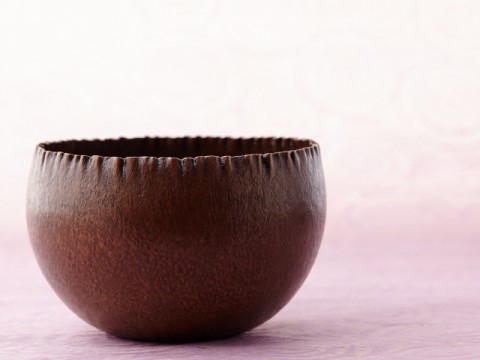 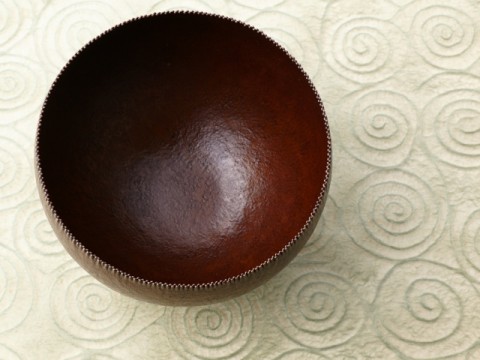 Dot Traces of Copper(large b... 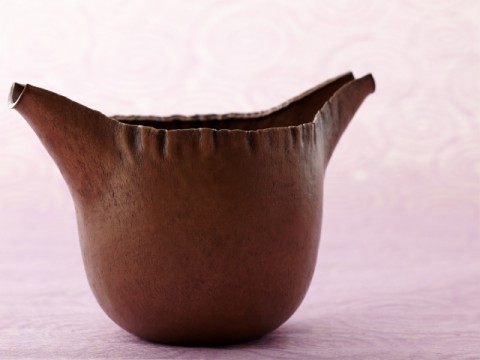 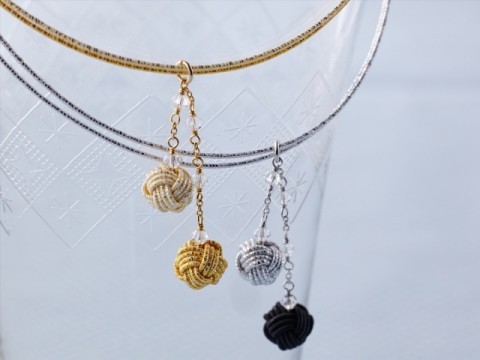 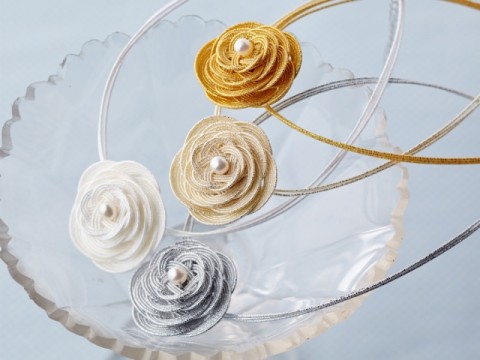 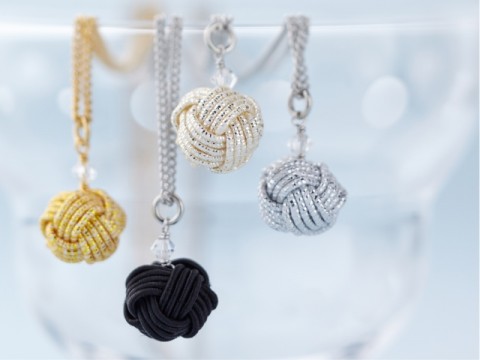