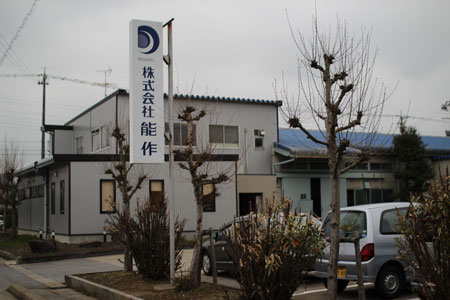 Every NOUSAKU piece is made using advanced techniques that have been handed down and refined over a 400 year period in Takaoka – a city that has built a healthy reputation as a center of the Japanese metal working industry.

NOUSAKU began manufacturing Buddhist altar fittings in 1916, and has more recently begun to add tableware, interior products, and construction metals to its lineup.

When Katsuji Nousaku first arrived at the foundry times were tough - the market for their products had shrunk drastically. The only way forward Nousaku decided, was to create items to be sold to consumers. Despite only 30 being sold in total, the first such products they made and distributed to stores nationwide were hand bells. A sales clerk at one of the stores said to Nousaku that if the hand-bells were made into wind chimes, her store would be able to sell many more. He took her advice and their wind chimes have been a huge hit. 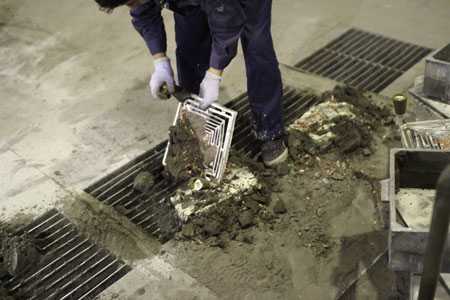 Tin has been used since antiquity in a variety of ways. Its known history dates back to around 1500 B.C. when the ancient Egyptians are believed to have used tin tools. The Shoso-in, located in Nara City, Japan, also contains many ancient tin treasures.

Nousaku knew that he wanted to use tin in its pure form, but struggled to find a way to do so. Notoriously challenging to process, pure tin melts at 230 degrees centigrade and is so soft and malleable that even if a good cast shape can be achieved, adding design or decoration is next to impossible. On the upside, it is highly antibacterial, has low allergic reactivity and does not easily rust. It has traditionally been used for Sake and tea-ware due to the belief that water in a tin container does not spoil, and that Sake servers made of tin remove bitterness from the beverage, improving its flavor. Eventually, after taking the advice of a good friend who felt that the inherent properties of pure tin had big market potential, NOUSAKU began by producing flat, bendable pieces that could easily be bent into shape by users. 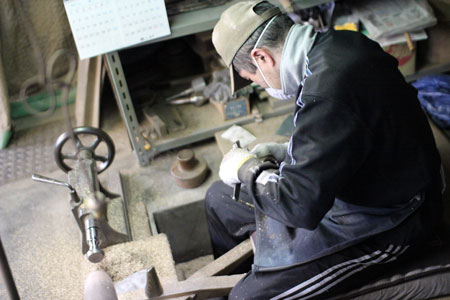 Innovating a range of inspired items, Nousaku challenged the common notion that 100% pure tin is unsuitable for tableware. The foundry developed special molds of silicon to produce pure tin items with a superb texture that can easily be bent by hand.

Despite NOUSAKU's pure tin products becoming a huge hit both domestically and internationally, and Nousaku himself becoming something of a star in Takaoka City with many companies trying to imitate his success, he remains very modest. Lovely guy that he is, he doesn’t want NOUSAKU to stand alone as the only successful business in the area - he sincerely wants all the other local companies to have their share of success, too. Nousaku continues the journey of intrigue as he adds more and more pure tin ideas for the world to enjoy.