Manufacturing companies to evolve with the times

The company started it's business 50 years ago as a wooden mold manufacturer. It has grown with mold machining and inspection jigs, and automotive and aero parts including made of carbon fibers for both prototyping and mass-production services in line with the times.

The division MADNESS started as a brainchild of current CEO Shintaro Katayama. Ten years ago, he got an order of carbon fiber parts from his customer. At that time, so fascinated he became by the charm and beauty of carbon fiber that he started the endeavor creating varieties of consumer applications using the material. 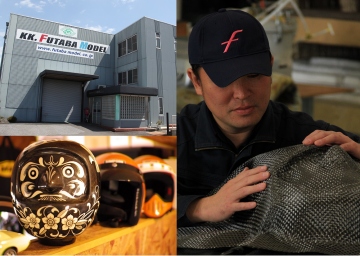 What is carbon fiber?

Light, strong and flexible carbon fibers are also used in airplane and F1 race car bodies as a lightweight material to replace metals. One of the characteristics of carbon fiber is its expression changes according to the direction of light. Found the more curves on the surface the more brilliant becomes the surface expression and the thicker the transparent layer on the surface the more color depth. The process of applying carbon fiber sheets to a mold is called Forming. Because of the curved mold surface, it is difficult to eliminate the crimples on the surface. The forming of carbon fiber sheets performed manually to form a radial pattern carefully from the joint sections, also to make a nice looking of the sheet crimples. As a result, the patterns formed over each curve of the Daruma doll are individual and finished in different expressions one by one. We hope you will enjoy the beauty of the carbon fiber Daruma doll in your hands.

Cutting-edge carbon fiber is finish with the traditional craft of Hida Shunkei paint technique and lacquer art. As time goes on, the luster and transparency increase and the beautiful patterns of carbon fiber will stand out more.

Daruma’s eyebrows inspired by a traditional Japanese bird, the crane:
Since olden times, cranes are believed to live for a thousand years. They are known as auspicious birds which represent longevity as well as monogamy. Crane couples are said to mate for life, loving each other and continuing on their life journey together. As the crane’s cry can resonate and be heard from long distances, the Japanese see them as birds able to reach the heavens and thus are known as lucky symbols.

Gold and red eyes:
The gold is the color to bring harmony and luck on finances, also known as the color of victory. The red is the color to ward off evil spirits and act as a protective charm against disease and sickness.

Daruma’s cheek beards inspired by turtles:
In the traditional Japanese folk tale, Urashima Taro, turtles were messengers of the dragon king. They are also known as messengers of Horaisan in China, a place of perpetual youth and longevity for mountain hermits, in addition to being auspicious animals in ancient China. In Japan, turtles are believed to live for ten thousand years and like cranes, represent longevity. They are auspicious animals which are highly respected. Furthermore, the hexagon patterns on the shells of turtles are often used as lucky omen motifs.

Daruma’s chin whiskers are inspired by pine trees, the circles around the eyes by bamboo and nostrils by plums. 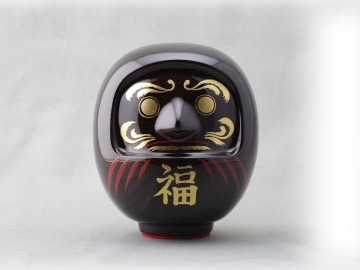 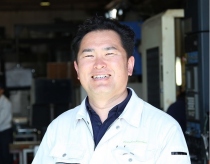 In charge of forming carbon, a forming master at the new brand MADNESS.

Ogaki City Gifu Prefecture located in the nearly center of Honshu Island has long been flourished as an economic and cultural exchange point as the artery roads such as Nakasendo and Minoji are crossing by. The historic site of Battle of Sekigahara (1600) is about 10 km away to the west of the city.

The city is also well known as the endpoint of the journey called the Narrow Road to the Deep North (1689-1691) which was a pedestrian trip of a famous haiku poet Matsuo Basho (1644-1694) for the distance of 2,400 km. In 2014, the national government designated the historic site of Funamachi River Port, where Basho composed the last haiku at closing his long journey, as the scenic spot of the country.

Ogaki is also called the City of Water as blessed with plentiful good quality groundwater. Even today, there are several artesian wells in the city and many people visit from inside and outside the city for the clean water. The year 2018 was the 100th anniversary of the municipal system of Ogaki City. 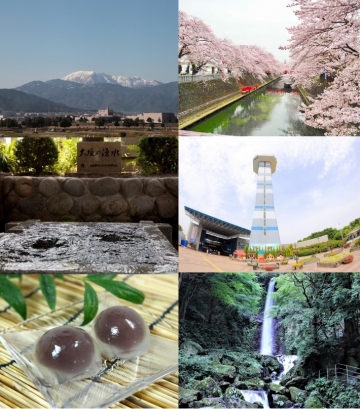