Traditional tech with a 200+ year heritage 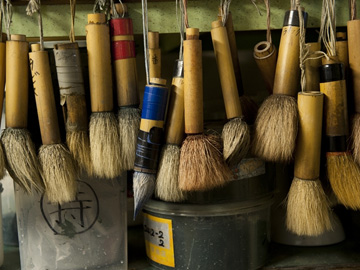 The silent beauty of “JAPAN SNOW”

To suit modern sensibilities, Satoru Matsumoto (7th generation proprietor of the historic Yazaemon Kiln) envisioned a chic, more durable collection of Arita-yaki (IMARI) porcelain with cool color combinations. Rather than simply dipping, each porcelain piece (1.5 x more dense than usual) is carefully brush coated with glaze by an artisan to achieve an original matte texture reminiscent of the powder snow that falls in winter Japan. Next, genuine platinum is applied to give the beautiful, oxidization proof matte silver finish unique to Arita-yaki. Maintaining the high quality of the kiln’s heritage, the ‘Flared Bowl’ has a cool elegance perfect for 21st century home interiors. Tastefully showcase your culinary creations on beautiful, dishwasher safe tableware. 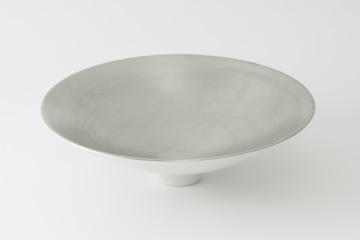 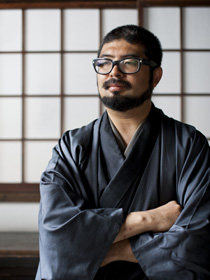 Founded in 1804 by one Yazaemon Matsumoto, the Yazaemon Kiln (as it came to be known) has specialized in creating the elaborate gold painted designs on white porcelain, for which IMARI (Arita-yaki) is world famous. (The Yazaemon Kiln is the country's largest producer of Arita-yaki porcelain, and is known today for its museum quality pieces.) That said, each successive Yazaemon has pursued the creation of unique Arita porcelain pieces to suit the sensibilities of the moment. Indeed the 7th Yazaemon created the “ARITA PORCELAIN LAB” to produce tasteful porcelain for 21st century homes *Yazaemon was the first name of one Mr. Matsumoto, the founder of the kiln. His name has since been handed down to the current 7th generation.

Arita-yaki was Japan’s very first porcelain. Originating in the town of Arita on the southern island of Kyushu, Sanpei Lee discovered kaolin there in 1616. Techniques were developed and refined to produce porcelain ware with a uniquely Japanese flavor. The industry grew to become world famous and continues to be fired in the Arita area.

Beginning in 1650, Arita-yaki porcelain was exported through the Dutch West India Company from the port of Imari, and hence became known as IMARI. Enjoyed throughout much of Europe, the most famous of IMARI’s many patrons was Augustus II (Elector of Saxony / King of Poland). Admiring the pieces so much, indeed believing they were equal in value to silver and gold, he ordered alchemist Johann Friedrich Bottger to produce pieces in Germany. Marking the origins of Meissen porcelain, after much trial and error by his predecessor, Bottger finally succeeded. 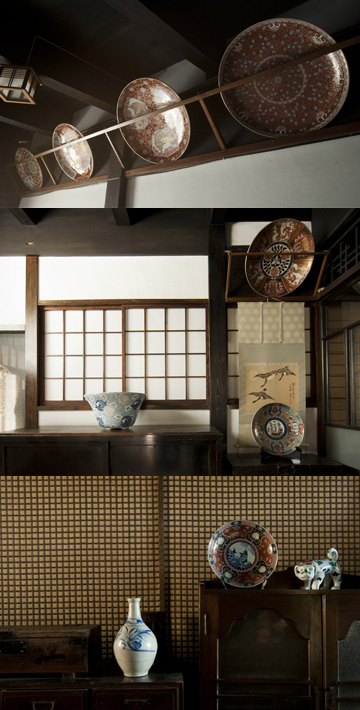