Samurai ruled Japan throughout most of the country's history.
Initially, samurai were simply warriors wielding swords and spears.
Using military might, they eventually gained political power to rule Japan.
Then, samurai with not only physical strength but also those with superior skills as strategists and governors started to play significant roles.
Many such samurai, refined in both civilian and military arts, nurtured Japan's traditional culture.
Samurai Collection aims to act as a cultural bridge between the world and Japan.
We focus on the samurai to introduce Japanese history and traditional culture to the world through the "samurai" keyword.
We also deliver various samurai-themed products to the world.


ZIPANG aspires to show the world “The Treasures of Japan” such as traditional arts and crafts and high-quality materials, providing the products which blend traditional and modern styles. Please enjoy your favorite sake with the Bottle Armor.


[ Musashino Uniform ] Bringing the Skills of Traditional Craftsmen to the World


Established in 1974, Musashino Uniform is a manufacturer and wholesaler of work wear, officewear, white coats etc. based in Gyoda City known as the world's largest manufacturer of Tabi socks. Since 2012, the company has been selling innovative design SAMURAI TABI to stimulate the Tabi industry.


Founded in 1946 in Seki City, Gifu Prefecture, often called the town of cutlery, 2016 marks the 70 year anniversary since its establishment. With scissors at its core, they produce and sell a variety of cutlery. Additionally, in 2008 they began the manufacturing of medical appliances for dental usage and increased its system of supping high-quality products. 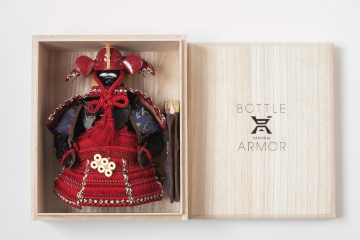 
Bottle Armor was created as a result of years of prototype testing. The unique combination of armor and sake is perfect for conveying the wishes of the sender of gifts. 2,500 detailed processes are required to produce one BOTTLE ARMOR. The craftsmen perform each process carefully, infusing the Japanese culture and spirit inherited through many years so that the product will become a treasure that can last for the lifetime of the recipient.


The SAMURAI TABI is a unique and colorful Tabi that values the Japanese taste and supports traditional Japanese industry. Our traditional craftsmen of Gyoda City, Saitama Prefecture - where 80% of Tabi socks in Japan and the most Tabi socks in the world are made - create each Tabi by hand. It is suited for western clothing like jeans and suits as well as Japanese attire.


The ‘Japanese Sword Scissors’, as developed by a young project team, consists of a curved blade body and Hamon (the pattern etched on the edge of the sword though swordsmithing), and boasts its own unique decorative sword knot and sheath, all combining to make it very distinct and impactful. Handmade by a craftsman in Seki city, each one is finished off beautifully one by one giving the blades a distinguished sharpness. One year since its release it has grown in popularity not only within Japan, but also internationally, and its exposure across all forms of media continues to increase. 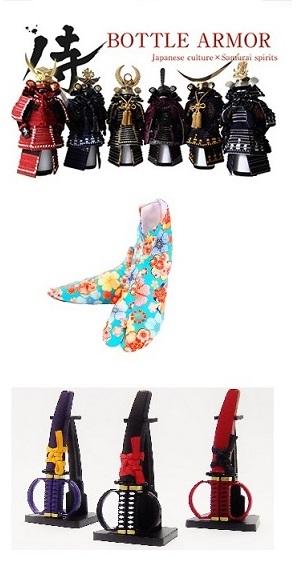 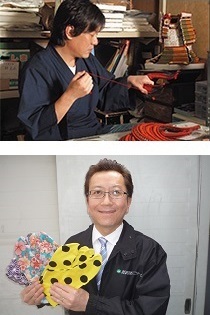 Since its founding some fifty years ago, Tadayasu has been dedicated to creating armor, inheriting the tradition of the founder. Tadayasu's armor products are not just tools to be used in martial arts, but can be called traditional works of art, incorporating techniques in metal, lacquer, leather and textiles to express the spirit of Japan in an elegant manner. They carefully create each item by hand to recreate traditional crafts in modern times using their high skills nurtured through their rich experience.


To bring back life to the traditional Tabi industry of Gyoda City, Saitama Prefecture, Musashino Uniform in Gyoda City is developing overseas sales channels by planning Tabi designs that are suited for western clothing. The company produces various events that contribute to the development of the Tabi industry to discover new ways in which Tabi can be worn, including cooperation in planning and holding the "Tabi Contest" with the local government.

Gyoda City is known as the place where Saitama Prefecture got its name. Within the city is a group of nine large ancient burial mounds called "Sakitama Kofun Gun" ("Sakitama Burial Mounds") which includes "Inariyama Kofun" ("Inariyama Burial Mound") where the national treasure "Kin Saku Mei Tekken" ("Iron Sword with Transcription") was unearthed, and Japan's largest round burial mound "Maruhakayama Kofun" ("Maruhakayama Burial Mound"). This city is rich in nature and history with the "Kodai Hasu no Sato" ("Home of the Ancient Lotus") where 120,000 lotus blossoms of 42 types of lotuses including the ancient lotus bloom, Oshi Castle where a group of 500 men held off an attack against 20,000 men led by Ishida Mitsunari including an attempt to flood the castle and inspired the movie "Nobou No Shiro" ("The Floating Castle"), and its streets where manufacturers of "Tabi" (traditional Japanese socks) - who once made the most Tabi in Japan (more than 84 million pairs per year) - can still be seen today.

With a history dating back 800 years, the traditional techniques of swordsmithing have being passed on from generation to generation in Seki City, Gifu prefecture, and continues to be used in the current production of everyday household goods such as kitchen knives and scissors. Domestically the number of shipments of these goods are top-class, and in recent years the sharpness of the blade has received high evaluation across the world.