Aiming for the best effort!

The company's name means "Effort," revealing the attitude of strong effort exerted by each of the company's employees. The company's trademark, EFT, includes both a play on the phrase "Effort System" and our lighthearted nature; it was created from a combination of three components: [●Excellent ●Factor ●Team].
In order to preserve the global environment with stonesheet, in keeping with our company name, we add up all our efforts to display our Best Effort, and take on the problem. 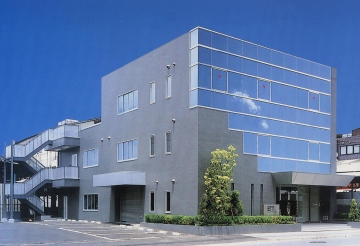 This is a historical picture scroll whose main theme is Taira Kiyomori and his activities on the Seto Inland Sea.
It records, on a map, the visits of Taira Kiyomori to shrines on Itsukushima during his four-days voyage from Takasuno to Miyajima, as well as all battle locations and troop movements during the Genpei war. In addition to these, it also records places with connections to Kiyomori, so the magnificent history of the Seto Inland Sea can be enjoyed as a picture scroll.

We use Stonesheet, a type of paper which helps preserve the environment for the next generation by using no pulp at all in its raw materials. By manufacturing with stone as our primary ingredient (lime = inorganic material) and not using pulp, we can reduce felling of forests.

Besides this, because bleaching agents and strong bases are not needed when manufacturing the paper, there is no worry of water pollution. Furthermore, because the composition of Stonesheet is 51% or greater lime (an inorganic substance), it can be treated as flammable waste, and the volume of CO2 released when it is incinerated can be dropped to approximately 30% of that released by western paper (roughly 70% recycled paper); it can be reduced by 50% or more in comparison to resin (polyethylene).

Water resistance and durability are characteristics of Stonesheet, so getting it wet is not a problem at all. Because Stonesheet increases the amount of inorganic ingredients, it restricts the volume of carbon oxide emissions and greatly contributes to improving the global environment. 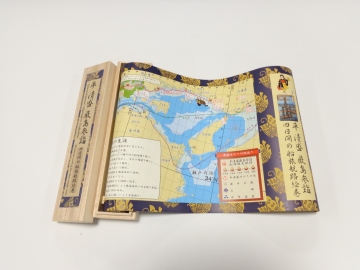 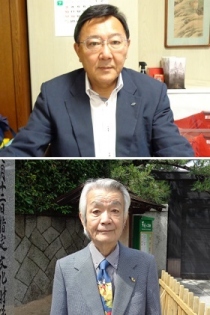 
The telecommunications work (disaster prevention radio/network construction) was established 30 years ago. During this time period, he has constantly considered challenging new projects and established an environmental division making use of paper made from a base of inorganic mineral powder extracted from lime (stonesheet), developed as a replacement for paper in order to protect the environment. He developes original products which make use of the characteristics of stonesheet, including its waterproof nature, durability, and pesticidal/mold-preventing/anti-bacterial effects. Now, he has created this scroll out of cutting-edge stonesheet, based on historical facts, depicting the Itsukushima shrine visits of Taira Kiyomori, the most powerful military leader of the end of the Heian period.


Born in 1944 Hiroshima. Graduated from Kansai Academy. Independent, after working in the design company in Hiroshima. Booth Design, which he was in charge of in Tokyo, caught the eye of Walt Disney Company officials, and he participated and won a design contest for the Tokyo Disney Resort Ambassador Hotel Cast Corner. He was the first Japanese person to supervise design at a Disney resort. This led to him supervising design of the cast corner at the Hotel Mira Costa. Also, because he was involved with boats in his job at Yamaha, he has knowledge of manufacturing sea charts, and he has the perspective of the leading person in the sea chart industry, boasting a career of over 30 years. He was the only one in the private sector to have the maps he created and certified as sea charts by the Japanese navy; they were posted in the lobby of the Hicho II.